£8 entry with all money going to the performers
All ages
We’re very excited to be hosting SELECTOR DUB NARCOTIC (Calvin Johnson) in Newcastle!

This Party Is just Getting Started is a collaboration with NW hip hop producer Smoke M2D6, who first began working with K producing the All Your Friend’s Friends [KLP255] compilation. As a member of the Oldominion crew Smoke M2D6 has produced almost every major hip hop artist in Washington and Oregon. This Party Is just Getting Started began with the song “All for the Sake of Rhymin’” (which samples K artist Mahjongg) and snowballed into an entire album of dance pop garage soul with Calvin’s trademark melodica wafting overall.”

Goa Flashbacks have made a habit of playing late night party sets (recently in the NE with Happy Meals and Roy of the Ravers) but we’ve asked him to bring his drum machines and synths along to our early show and he said yes!

No songs online just yet but i’m sure there will be soon, check out the Acid Waxa bandcamp for an idea of what’s to come - https://acidwaxa.bandcamp.com/

Goa Flashbacks is the acid-y dance-y music making moniker of Michael Patterson of Les Cox Sportifs, Zahnpasta Brothers etc etc who has also put on some of the best shows in NCL over the last few years as A Glimpse of Paradise 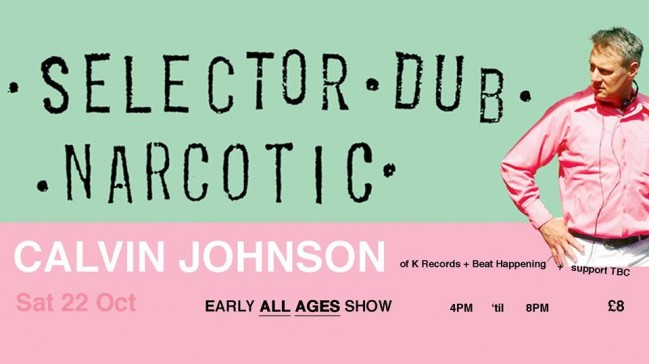