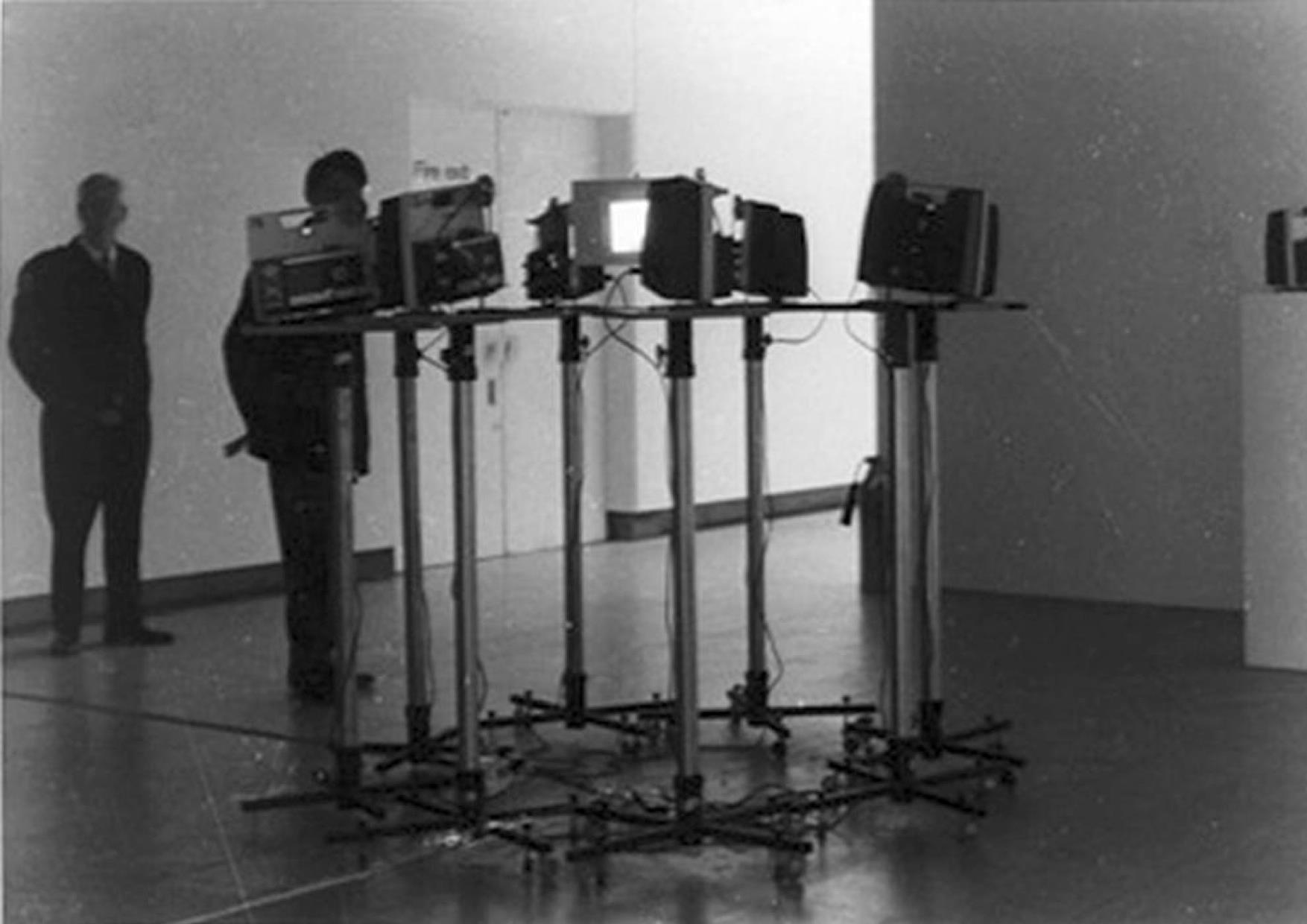 There has been a resurgence of interest in Dye's early work, and the period during which he was a student at St. Martins School of Art 1969 -72, has been revisited for some exhibitions, i.e. `Live in Your Head` Whitechapel Art Gallery, 2000.

Perhaps the most obvious feature of Dye’s work – and the one that he shares with that of many other artist/film–makers is his refusal to purvey illusion.

“I feel something like nausea for the rich diet of images that are served up for our constant consumption,’ he has written. ‘We are living in a camera / image saturated age. What has drawn me to film is not the image and all its expressive possibilities; my concern is with the filmic situation as a whole stripped down to its basic components, with its imagistic illusion torn away. From being the unseen producers of the image, camera, projector and screen themselves, become the object of the image – cameraman faces mirror, a projector projects an image of itself onto itself, images of a screen are projected onto that screen. A negation, a subversion of the artist’s traditional role is involved; images are deprived of autonomy, forced back on the means that produce them. The spectator is frustrated of his expectations, encouraged to see the work not as a framed slice of ‘reality’, but as a device for posing certain questions about communication through images.”
– Art and Artists Dec 1972.
Images/Blog
Women Artists of the North East Library
2015
2017