MARK BLEAKLEY
3 Movements of Funny is a performance based on the comedic gestures and movements of Lenny Bruce, Andy Kaufman and Richard Pryor. Through isolation and exhaustion the choreographies explore how the re-performed material holds onto its comic identity. Through the removal of sound from the re-enactment, the performance refers back to traditional and ancient forms of physical comedy, mime and clowning. The soundtrack of the work is made up of reduced sounds extracted from two of the comedians ‘sets’. The absurd noises resonate back against the comedic background they issue from. These play during the performance as a series of metronomic rhythms keeping pace with the choreography. Between each movement the performer eats a crème egg. This absurd yet extremely banal action functions to punctuate the performance whilst bringing up questions of when the performer is and is not ‘in character’.

SCOTT ROGERS
Rogers’ practice is situated where idealism and actuality meet. Through sculpture, video, writing, and performance he explores what it means to think impossibilities while enacting inevitabilities. Often this method of working concerns itself with hybrids between historical research, traditional techniques, and digital technologies. Rogers’ recent interests have primarily focused on perpetual motion devices, particularly those built by the eccentric Czech explorer and inventor Jan Welzl.
Past performances by Rogers such as Serendipities, Recursions, False Starts take the form of a lecture consisting of a PowerPoint presentation, spoken text, and a series of objects and handouts passed throughout the audience. The lecture poetically links together references that include perpetual motion machines, prison camps, Arctic exploration,chess, automatons and personal anecdotes.

Scott Rogers is a Canadian artist based in Glasgow. He has an MFA from the Glasgow School of Art and also studied at the Staedelschule in Frankfurt. His work has been included in exhibitions in New Zealand (St Paul St Gallery, Auckland), Germany (PM Galerie, Berlin), the United States (The Soap Factory, Minneapolis), The UK (National Glass Centre/AV Festival, Sunderland), and Japan (The Field Trip Project) and a solo exhibition at ONO Gallery in Norway, 2012. Rogers will have a solo exhibition later this year at Glasgow Sculpture Studios following his MFA Graduate Fellowship there. 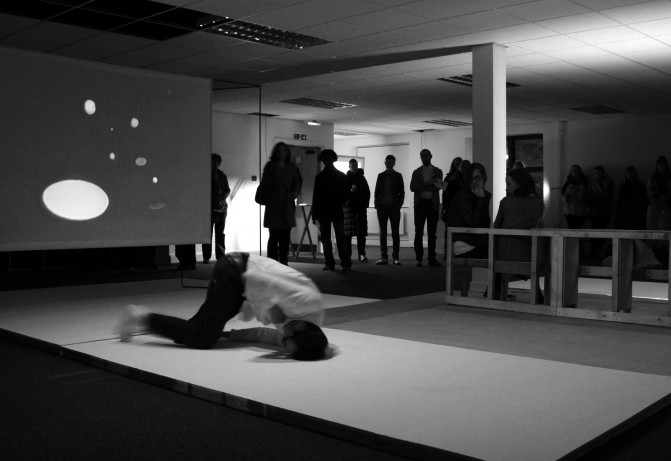