What she left us - the archive of Carole Luby

An afternoon in the Women Artists of the North East Library exploring Carole’s archive – the sketchbooks, drawing and photographs she left us – along with the living archive in the memories of those who worked with her and experience her work first hand. Collectively, through reflecting, recollecting, reordering and responding we will create a book about Carole for the Women Artists North East Library.

Carole Luby was a vital and inspiring artist whose life became an artwork. She was equally drawn to the domestic and the transgressive, the playful and the solemn, the abject and the divine. Carole used her body and her home as sites for unflinching investigation, finding the universal within the personal, the domestic, the intimate. She established the project 25 Statford Grove in her home, inviting artists to create, perform, enact and engage in critical dialogue. Along with curator Hannah Marsden, the work she facilitated and supported had a profound effect on both those who create work there and those who experienced the environment she created. She was driven to create a community that became a platform to ask vital questions in ways that were authentic, challenging and unexpected.

Through out all her movements through different media, she always returned to the sketchbook. Drawing, often blind, the lines of her body hundreds of times over. One year before her death, Carole invited all to look at the drawings she had made since her cancer diagnosis, inviting each person to choose which images and sketchbooks they were most drawn to and then place them in the fire, burning them to ash. She continued to draw near daily until her death in 2015.

What is left of her archive is stacked in boxes in my studio – sketchbooks wedged into her family albums, an x-ray of her feet between essays about her work and recipes for wild onion soup. Her work is also held in the hard drives, the memories and the cupboards of those who worked with her. Through the process preparing for her retrospective I am holding a space for the unpacking both literally and figuratively, all she left.

I am working with a group of artists, collaborators and curators to plan and realise Carole’s retrospective which will be as much an exploration of the way she worked as the work she made. This event is one of ways we are drawing out the threads of her work. Together we will investigate her work both held physically and in memory then through reflecting, reordering, responding and recollecting, we will collaboratively create a book, drawn from Carole’s archive, to give to the Women Artists Library.
20 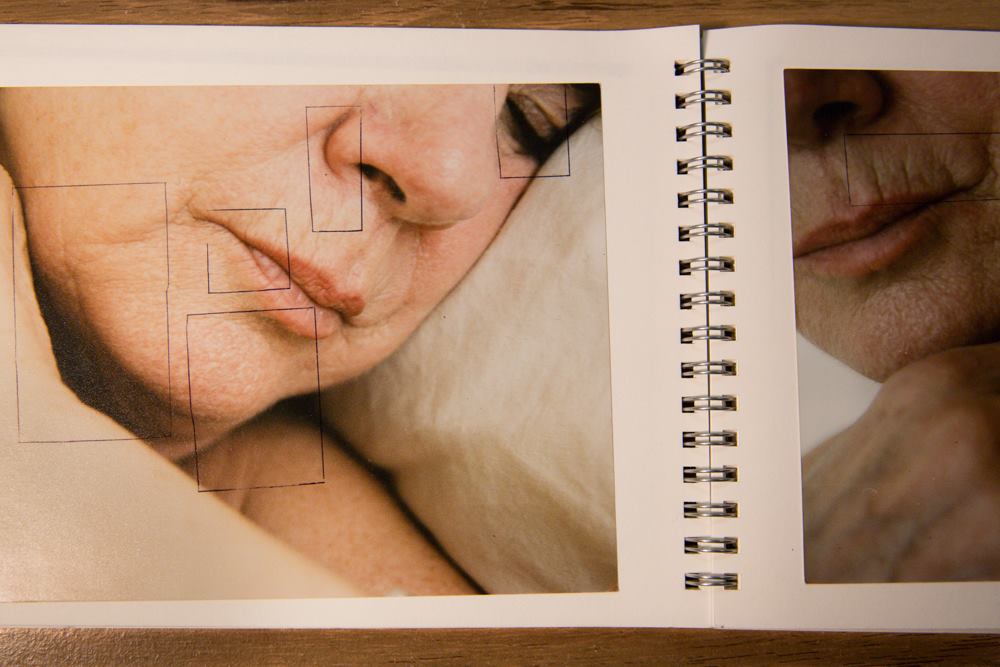