- film starts at 6.30pm
2017 Artist in Residence with Berwick Film & Media Arts Festival and Berwick Visual Arts, Charlotte Prodger, will be introducing herself and her work a screening of her recent work BRIDGIT (2016) along with a selection of other previous works.

BRIDGIT takes its title from the eponymous Neolithic deity, whose name has numerous iterations depending on life stage, locality and point in history. BRIDGIT explores the shifting temporal interrelations of name, body, and landscape through the work’s narratives where “... the force of time is not just a contingent characteristic of living, but is the dynamic impetus that enables life to become, to always be in the process of becoming, something
other than it was” Time Travels: Feminism, Nature, Power by Elizabeth Grosz

Charlotte Prodger works with moving image, sound, sculpture, writing and performance, mining the intertextual relationships between each of these materials. Her work uses the legacy of structural film and queer subjectivity to investigate tensions and contradictions that arise between form and content. Fragments gleaned from different places and points in the artist’s life are shown in parallel, revealing an ongoing enquiry into the contingency and intimacy of materials. She was the winner of the Margaret Tait award in 2014 and her work has been screened at Courtisane Festival, Ghent; ICA London, Glasgow Film Festival and as part of the LUX Scotland programme New Moving Image from Scotland.

Charlotte is using her residency in Berwick to explore the complex intertwining of landspace, time and identity within the context of rural Northumberland.

This event is free and you can book a ticket here: http://bit.ly/2qviazv
20 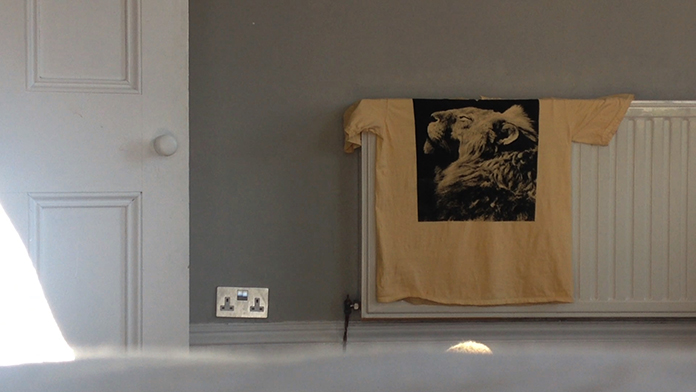