The dream-figure of a citizen without qualities has been haunting my imagination while making the series of paintings for this exhibition. Someone who can only be noticed in her appearance, yet is without any special properties other than her lived experience. A singular being-as-such, she could be the “nameless girl” (in Roberto Bolaño’s novel Antwerp), or a messenger identified with their message (as Pasolini’s visionary Saint Paul); someone who neither belongs nor is entirely excluded and uncounted, a person dissociated from the current state of affairs, unrepresentative as she doesn’t point to a place to be occupied; a common stranger.

In my dream, this figure, in its cartoonish or mimetically anthropomorphic visibility, embodies the material for a society, where the social can no longer be defended by an image of order, but remains as the irreducible core of a life lived in spite of political and economic circumstances that undercut it.
Like dreaming, painting can be an oracular way of telling what crisis one is actually in. This crisis is one of “project”, or an exhibition aimed at concentrating and accelerating a network of relations linked with a subject. Instead, I opt to work with a crisis of dispersal, both a literal and a figurative dispersal of the figural in the painting, the paintings in venues, the venues in the cities. A reciprocal framing and de-framing is at stake between the painting (and the figure within it) and the environment it is (mis)placed within. Hence, I seek out the liminal point of discernibility of a deflated human figure, its staging in social spaces where the paintings are neither friends nor enemies. Thus, a citizen without qualities becomes a figure on trial, whereby its appearance as a subject is put on test for the public.

In collaboration with Drop City, Robin Vanbesien presents an exhibition of paintings across a number of venues, both public and private, in three cities: Newcastle, Düsseldorf and Brussels, in the period 5 February to 18 March 2016.

On the preview night at TNC there will be a special screening of Gravidade (2015, 23’) 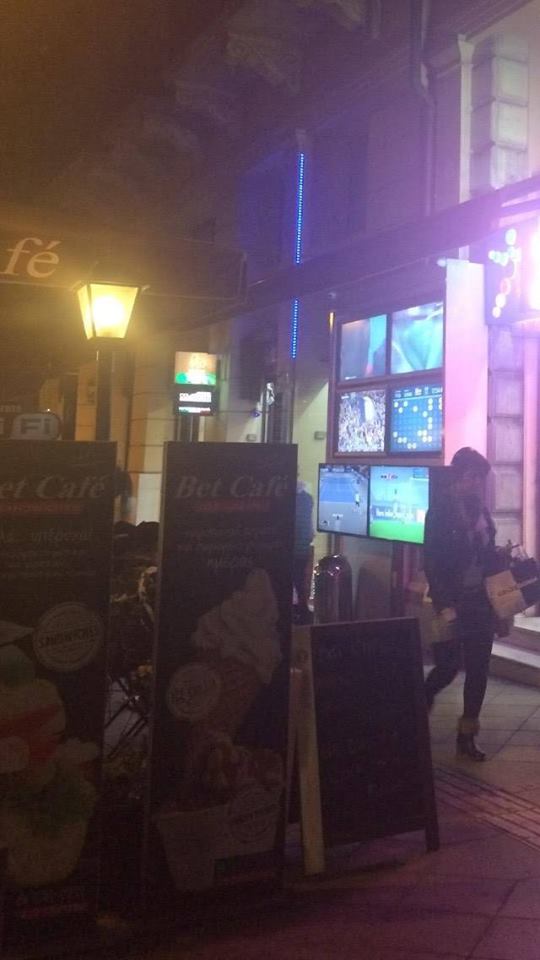