Imagine a land terracotta red. Its mountainous landscape littered with outmoded data search tool devices that once helped NASA collate images of planets within our solar system. These shards of cobalt blue and washed-out yellow hover in the distance. In the foreground lies a hexagonal structure comprised of nineteen individual plates. The structure appears to form a map depicting land and sea. Upon the platform, three figures stand towards one another repeating an incantation whispered in the ancient language of Eros whilst in the deathly shadows Thanatos awaits.

Gayle Meikle is an artist, curator and PhD researcher at Northumbria University currently exploring Eros and how this might underpin a curatorial positioning. Ross Hamilton Frew is an artist who works with drawing, ceramics, collage and assemblage. Simon Raven is an artist and PhD researcher at Northumbria University who is exploring disability art through performance.
Image credit: A photo of lapetus, a moon of Saturn. Taken by Cassini with COCIRS on April 13, 2006 at 18:36:11. NASA OPUS database.
20 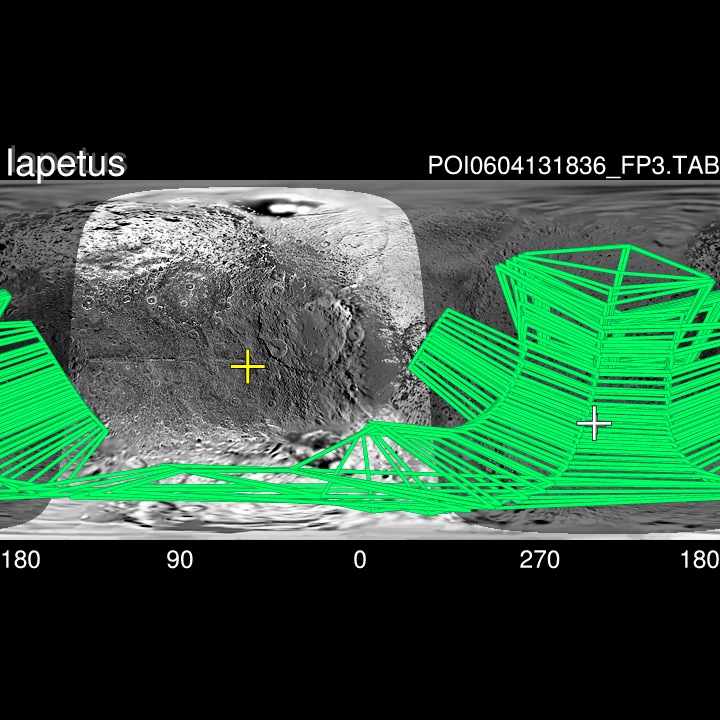