A dance piece performed by five performers to Archive One from 1995, an album by the British techno legend Dave Clarke. It deals with an interest in avoiding creativity as an expression, focusing instead on habits formed through practice. The piece is made through "only" dancing the entirety of the performance at every rehearsal and in that way the performance and the practice are the same.

Splendour is a choreography that focuses on the body’s relationship to sound and how illusions of different causalities are created through actions and reactions. The piece is created through a daily “techno dance practice”. The rehearsals consist exclusively of performing the entirety of the piece.

In order to be strategic we have to know the game. We start to move and the music begins to play. When the wave hits you, each of you in your own account, it bounces back and at this very moment produces a new sound. We engage in a collective activity with personal intentions. No one in this room is responsible for anyone else, yet we can’t do it alone. 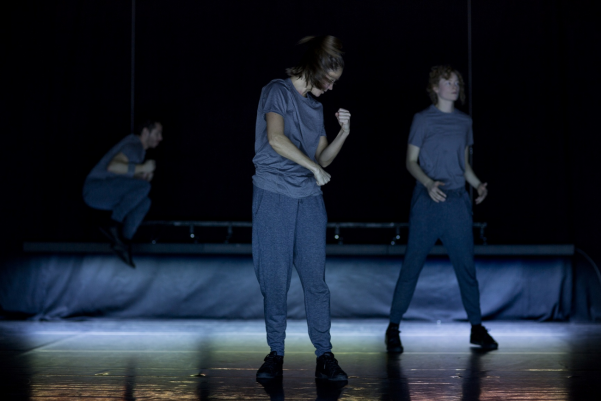